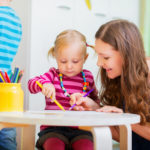 What help can I get with my childcare costs? 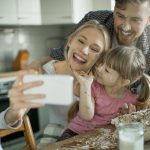 With the cost of living crisis affecting all of us, ensure your family isn’t missing out on financial support

Help with back to school costs – including childcare – for September 2022

The results of the 2022 Northern Ireland Assembly Election are in, with both new and returning MLAs meeting in Stormont this week. It will be a ‘new look’ Assembly, with the election having brought significant changes to the party make up – including a loss of seats for the DUP, UUP and SDLP, while the Alliance Party more than doubled its seats. And for the first time in Northern Ireland, Sinn Féin is the largest party.

What is still unclear, however, is when a new Executive will be formed. The DUP has reaffirmed that it will not go back into Government until its concerns about the Northern Ireland Protocol, and post-Brexit trading arrangements, are resolved.

In the meantime, we are in the midst of a cost-of-living crisis that is impacting on everyone, and is set to worsen over the coming year, with a significant increase projected in the number of people living in extreme poverty. Families are struggling to make ends meet, employers are experiencing a recruitment and retention crisis, and childcare providers are facing financial difficulties. This cannot go on.

Campaign promises must be translated into meaningful progress

In the run up to the election, it was positive that the importance of childcare was widely recognised by parties and candidates, featuring prominently in campaigning and manifestos. This reflects how critical an issue this is for families, childcare providers, employers and society as a whole – an issue that candidates will have heard day and daily on the doorsteps. But we need to see a solution that is tailored to the needs of parents and the childcare sector in Northern Ireland, learning from the best of what is in place elsewhere.

Childcare is a vital part of our economic infrastructure, and a new Childcare Strategy – underpinned by significant investment – is urgently needed in Northern Ireland. It has already been significantly delayed, despite commitments in New Decade New Approach. And it was deeply frustrating to learn at the last meeting of the All Party Group on Early Education and Childcare that a new Childcare Strategy is unlikely to be consulted on in the Autumn of 2022, as had previously been committed to. Meanwhile, families continue to struggle to afford the childcare they need while childcare providers are finding it difficult to be sustainable.

Implementing a new Childcare Strategy which delivers support and investment bespoke to Northern Ireland will be key to:

The consequences of not doing so would be serious and far-reaching, as well as costly – impacting negatively not just in 2022, but on generations to come. For too long, Northern Ireland has lagged behind investment elsewhere in the UK and Ireland. While promises and commitments have been made, little action has been taken to follow through.

We have a real opportunity now for MLAs to come together to set out an ambitious platform for a better Northern Ireland – one where barriers to work, education and training have been overcome, and businesses can prosper. Where we are on course to eliminating poverty from our society. Where all of us can achieve our potential, and children and young people have the best start in life. Where we have truly ‘built back better’ from the experience of the Covid-19 pandemic and the challenges of the previous years. And that must include investment in, and progress on, childcare as a day one priority. Anything less will be letting down this and future generations of our society.

This is too important, with too much at stake, for an extended period of instability and uncertainty. We urgently need a functioning Government in place with Ministers around the table agreeing the actions, and committing the resources, to ensure the promises of the campaign are translated into meaningful progress. For that, we require an Executive to be formed, Ministers to be appointed and our new MLAs to get on with the business that people have elected them to do.

Employers For Childcare is committed and ready to work with the next Education Minister and their Executive colleagues to develop and deliver a world-leading Childcare Strategy for Northern Ireland that delivers for families, for our economy and for our society as a whole.