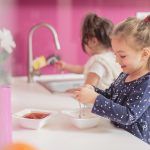 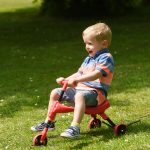 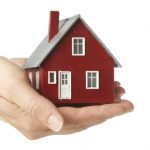 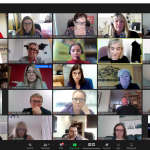 Is free or funded childcare available in Northern Ireland?

30 hours free childcare is available in England, with similar schemes in Scotland and Wales, each with slightly different rules about who can benefit. Details about how these schemes work are set out below.

Free childcare in England at a glance:

In England, eligible working parents of three and four year olds are entitled to 30 hours per week of free childcare or early education, over at least 38 weeks per year. This equates to 1,140 hours per year. Parents may be able to stretch their free hours outside of term time, taking fewer hours per week but over more weeks.

Where a child’s parents are not working, or are not eligible for the scheme, if the child is aged three or four they are entitled to just 15 hours of free childcare or early education, over at least 38 weeks in the year.

Families in England who are in receipt of qualifying benefits (for example income support, income-based jobseeker’s allowance or Universal Credit) may be entitled to receive 15 hours of free childcare or early education for their two year old children.

Parents need to set up a Government Gateway account to apply for 30 hours free childcare, which they do via the Childcare Choices website. You can find out more, and apply at: www.childcarechoices.gov.uk/

Free childcare in Scotland at a glance:

In Scotland, all three and four year olds, and two year olds whose parents meet the qualifying criteria (for example, receive certain benefits) are entitled to 1,140 hours of funded early learning and childcare a year. This works out at about 30 hours a week in term time. This is an increase on the previous entitlement to 600 hours per year of free childcare.

Parents may be able to stretch their free childcare hours outside of term time, taking fewer hours per week but over more weeks. Places may be offered by childminders, day nurseries, pre-schools or playgroups, schools and children’s centres.

You can find out more, including how to apply at: www.mygov.scot/childcare-costs-help/funded-early-learning-and-childcare

Free childcare in Wales at a glance:

The early education offer is mainly provided by schools. Childcare places may be offered by childminders, day nurseries, pre-schools or playgroups, schools and children’s centres.

Eligible two year olds can also access part-time childcare in disadvantaged areas of Wales through the Flying Start programme. This provides 2½ hours per day of childcare, across five days a week, for 39 weeks from the term following their second birthday to the term in which they celebrate their third birthday.

You can out more, including how to apply at: gov.wales/childcare-3-and-4-year-olds and gov.wales/get-help-flying-start

What is the situation in Northern Ireland?

In Northern Ireland, parents of all three to four year-olds can apply to receive at least 12.5 hours per week of funded pre-school education in their immediate pre-school year. A pre-school place is normally provided across five sessions per week, each lasting 2½ hours per day (part time) or, in some cases, 4½ hours per day (full time), during the school year. Places are provided by nursery schools, primary schools with nursery units and some voluntary and private sector providers. Voluntary and private sector providers can only offer part time sessions. The places cannot be provided by childminders.

These pre-school places are provided by the Department of Education which states that they are not to be regarded as childcare. Their primary purpose is to provide quality early years education to encourage children’s social, physical and mental development, while helping to prepare them for school.

The rigidity of this provision, and the limited hours provided, mean that it does not give the same flexibility to parents compared to similar schemes elsewhere in the UK. Many parents will require childcare to wrap around the funded pre-school place, and will have to pay for drop off and collection between the childcare provider and the pre-school. Some parents can also struggle to secure a place at the pre-school that is most convenient to them, due to the demand on places and the eligibility criteria that is applied.

You can find out more, including how to apply for a pre-school place for September 2023 here: www.eani.org.uk/parents/admissions/pre-school-admissions-guide

Are there any plans to extend the provision of free or funded childcare to Northern Ireland?

The Department of Education is in the process of developing a new integrated Early Learning and Childcare Strategy for Northern Ireland. It is critical that the strategy invests significant funding in ensuring:

In September 2022, Education Minister Michele McIlveen announced a new proposal to offer every child in their pre-school year a minimum of 22.5 hours of pre-school education per week. This is in line with the commitments set out in the New Decade, New Approach agreement, and as recommended by the Expert Panel on Educational Underachievement in Northern Ireland.

It is recognised that implementing this proposal will take time and careful planning, but funding has been allocated for the development of a costed delivery plan and timetable, with work commencing in the autumn.

Initially, this will involve a pilot programme to create new full-time statutory nursery provision in certain areas. This will inform plans for the standardisation of all pre-school education sessions, including a phased lifting of the current restriction on the creation of new full-time provision. At the same time, officials will look at how to support existing part-time pre-school provision to convert to full-time provision.

You can read more about the proposal here.

Through our work with families, we know that many parents want to see the introduction of a ‘free’ childcare offer, similar to that which is available in other parts of the UK. We understand the attraction of ‘free childcare’ for parents who are struggling to afford childcare, but it is essential that we see a scheme developed that is unique to Northern Ireland, while taking on some of the best parts of what is available elsewhere in the UK and in other countries.

For example, there is clear evidence that funding provided by the Government for the delivery of free childcare hours in England does not cover the full costs for providers in offering the scheme. As a result, there can be a shortfall in funding that providers must cover in order to meet their costs and remain sustainable. This can result in increased fees for hours outside of the ‘free’ entitlement, for younger and older children, and for extras such as lunches and outings.

We also know that, for many families, childcare can be most expensive when their children are younger than age three or four, and when parents – particularly mothers – are seeking to return to work from a period of parental leave. This is why we would like to see the Executive in Northern Ireland deliver better support with childcare to all parents, not just those with children aged 3 and 4. And critically, this must also support the sustainability of childcare providers enabling them to invest in delivering quality provision and in their workforce.

Employers For Childcare is committed to continuing to work with the Department of Education to inform the development of a new Childcare Strategy. Last year we participated in a two day consultation event as part of this process, sharing the views and experiences of the parents, childcare providers and employers we work with, and we are now part of a new Stakeholder Engagement Form. It is envisaged that costed options will be ready for consideration by the Executive by March 2023.

We need to see continued progress on an ambitious new Childcare Strategy that properly recognises the value of childcare as key economic infrastructure. To achieve this, we must have a functioning Executive in place as a matter of urgency, that is ready to deliver the significant and much-needed investment our childcare sector, and the parents who rely on it, so urgently need.

Find out what financial support your family can benefit from

If you are paying for registered childcare remember that most working parents are entitled to financial support with the costs.

With a number of different schemes available, it can be complex working out what financial help your family is entitled to with childcare. Our advisors can help you work out what the best childcare support is for you.

Simply call our Family Benefits Advice Service on Freephone 0800 028 3008 for free, confidential and impartial advice from one of our trained advisors. We will explain all of your options, and tell you why one or other form of support is better.