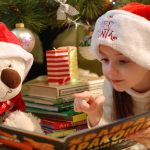 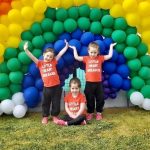 “Very challenging and the most stressful time of my life”: Major study highlights childcare challenges exacerbated by Covid-19 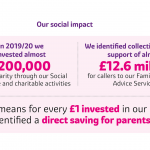 On 5 November, Chancellor Rishi Sunak announced that the furlough scheme – which had previously been extended for a month – will now be further extended to the end of March 2021. This extension will apply across the UK.

Employees who are part of the scheme will continue to receive 80% of their usual salary for hours not worked, up to a maximum of £2,500, and can be furloughed on a part-time or full-time basis. Under the extended scheme, the cost for employers is now reduced compared to the scheme as it was operating in October, with employers liable only for National Insurance and employer pension contributions which, for the average claim, accounts for approximately 5% of total employment costs. However, this will be reviewed in January, at which point employers may be required to contribute more.

Employers are still able to choose to top up employee wages above the scheme grant at their own expense if they wish. Neither the employer, nor the employee, needs to have previously used the furlough scheme but, to be eligible, an employee must have been on an employer’s PAYE payroll by 23:59 on 30 October 2020. As part of the revised scheme, anyone who was made redundant after 23 September can be rehired and put back on furlough.

The Job Support Scheme, which was scheduled to begin on 1 November, will be further delayed and the incentive of the Job Retention Bonus, a payment that was to be made to employers who retained staff following the end of furlough, will be deferred.

Additional guidance on the operation of the scheme is expected from the Government in the coming days.

Support for the Self-Employed

The Chancellor also announced a further increase in the amount of support for the self-employed, with the amount of profits covered by the next self-employed grant – covering November to January – increasing to 80% of average trading profits in the previous year, up to a maximum of £7,500.  The claims window is expected to open at the end of November.

This could provide some additional support for self-employed childminders who have experienced a decrease in income as a result of the COVID-19 pandemic.

How will these changes impact on financial support with childcare?

It is our understanding that parents who are in receipt of childcare support through Tax-Free Childcare, Universal Credit or Tax Credits, can retain their eligibility for this support even if they are on the furlough scheme and, as a result, are working fewer hours than usual and/or are in receipt of a lower income.

On 2 November, the Government confirmed that working parents who are on the Government’s Coronavirus support schemes will still be eligible for childcare support even if their income falls below the minimum threshold requirement.

This was confirmed in a response to a Parliamentary Question at Westminster from Claire Hanna, MP.

If a parent ceases to be employed then they will no longer be entitled to claim help towards childcare costs, however they can get the ‘Working Tax Credit run-on’. This is where a claimant is treated as being in full-time paid work for the four weeks immediately after they stop work, or their hours are reduced.

Any change in circumstances must be reported to HMRC within one month. Note, parents are still entitled to the childcare element during periods during which they are treated as being in work for Working Tax Credit purposes, for example, during the first 39 weeks of maternity leave or the four-week run-on period.

This is a complex and rapidly changing situation so we advise anyone with questions to seek independent advice on what is best for their family.

Further information on Government support for businesses and the self-employed who are affected by Covid-19 is available here.

We would encourage any individuals or employers wishing to find out what financial support they may be entitled to, to contact our Family Benefits Advice Service for free, impartial and confidential advice on Freephone 0800 028 3008 or email hello@employersforchildcare.org